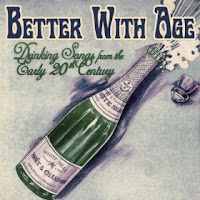 I never realized how many songs there were that referenced wine, until I started research for this blog post.  There are songs about wine in general, songs that mention wine in passing, songs with wine in the title, songs that are all about wine, songs where certain wines are mentioned by name, and songs about just drinking wine.

Then you can break it down even further by genre! There are wine songs done in Country, Rock, Jazz, Hip Hop, Rap, Pop Big Band, Instrumental, Broadway, and Sweet styles. 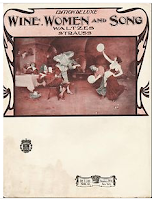 Released between 1904 and 1908, Wine, Women and Song was written by W. H. Welder. The song was performed by the Columbia Band and released on a wax cylinder by the Columbia Phonograph Company in 1908.  I could not find a recording of the music available to listen to. 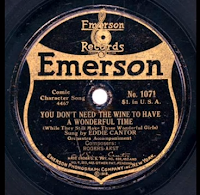 In 1919, singer Eddie Cantor released You Don't Need the Wine to Have a Wonderful Time, a comic character song from the Ziegfeld Follies. The song went to number 3 on the Billboard charts on February 3, 1920 and stayed there for 7 weeks.

You don’t need the wine to have a wonderful time
While they still make a beautiful girl.
Adam and Eve never tasted Champagne
Still they were able to go out and raise Cain.

Click below to listen to You Don't Need the Wine to Have a Wonderful Time.
http://www.youtube.com/watch?v=PLM4WBOiTaA 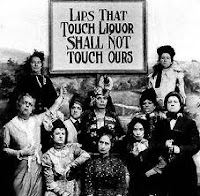 From 1920 to 1933, Prohibition was in effect and often the lyrics to popular songs were changed to espouse the evils of alcohol while set to the melodies of popular songs. 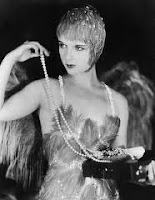 In the 1920’s the song Confession seemed to sum up what some thought of the independent Flapper and her decade.

Written by Howard Dietz and Arthur Schwartz, the song has been recorded through the decades by such musical greats as Judy Holliday, Liza Minnelli and Maureen McGovern. 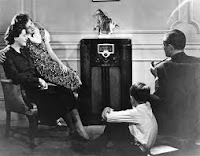 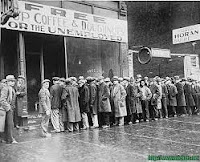 Although Prohibition ended in 1933, the Great Depression affected people’s moods and choices in music.  Radio was gaining in popularity.  Big bands and music programs reigned supreme on the airwaves. 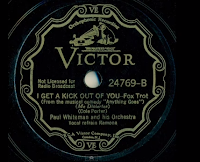 In 1934, I Get a Kick out of You became popular when it was performed on Broadway in the Cole Porter musical, “Anything Goes”.  Written by Paul Whiteman, the bandleader of one of the most popular bands in the 1920s.  Whiteman wrote over a dozen songs, which became popular in the 1920’s and 30’s.  Paul Whiteman and His Orchestra performed I Get a Kick Out of You on the record release.

“I get no kick from Champagne,
Mere alcohol doesn’t thrill me at all,
So tell me, why should it be true?
That I get a kick out of you.

Click below to listen to I Get a Kick Out of You.
http://youtu.be/HFKdC3jMkE0


Someone who did get a kick from Champagne was Lawrence Welk.  He began as a bandleader in the 1920’s and traveled the Midwest, before his band was hired as a station band for a local radio station in South Dakota.  In the 1930’s, Welk ‘s band specialized in dance tunes and Sweet music. 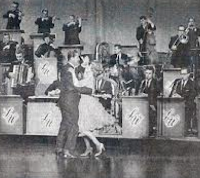 It was at a hotel in Pennsylvania that someone described the Lawrence Welk Orchestra as sounding “Light and bubbly, like Champagne.”  (It also didn’t hurt that the hotel was using a bubble machine on the dance floor.) 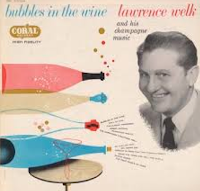 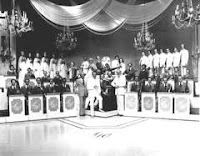 Bubbles in the Wine was number 22 on Your Hit Parade, and number 13 on the Billboard charts for 1939.  This is the song that later became the theme song for The Lawrence Welk Show, which ran from 1955 to 1982.

Click below to hear Bubbles in the Wine.
http://youtu.be/UA0Ysptf5l4 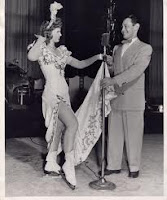 With the forties came the Second World War and mass distributed music.  Now it was possible for single songs and single recordings to be to distributed to the public.  And with the advancement of radio receivers, almost 97% of homes in the country now had a radio to tune in local music programs, or a Broadway performance.

The music of the Forties had a hopeful tone.  Songs promoted the war effort and the government’s goals, set to sentimental Sweet and Swinging Big Band music.

In 1944, the war was in full swing when Stan Kenton and his Orchestra released And Her Tears Flowed Like Wine.  Sang by Anita O’Day, the song was number 4 on the U.S. Billboard charts for 18 weeks. Lauren Bacall sang it in the movie, The Big Sleep, with Humphrey Bogart. 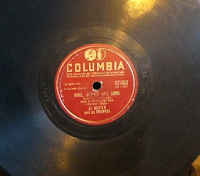 Wine, Women, and Song made Number 1 on the Billboard Country Hits in September 1946 and remained there for five weeks. Recorded by Al Dexter and His Troopers in the Hillbilly style, the song stayed on the charts until the end of the year.

When they asked him where his money had gone,
All he could say was wine, women, and song.

Click below to listen to Wine, Women and Song.
http://youtu.be/m9N4Vj73rBo

In 1947, Stick McGhee recorded Drinkin’ Wine Spo-Dee-O-Dee, but do to some “choice” words in the song, it was not accepted by the public.  McGhee rerecorded it in 1949 and it became a hit on the Billboard R&B Charts.

It was so popular; it later re-recorded by Jerry Lee Louis, Johnny Burnett, and Lionel Hampton, just to name a few. 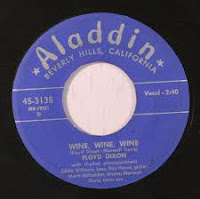 It was June 1952 when Floyd Dixon released Wine, Wine, Wine.  It was performed in the style known as “Jump Blues” or up-tempo blues with horns featured prominently. This approach took a little of the Big Band style, mixed it with Blues, and it became the precursor to Rhythm & Blues, and Rock and Roll.

Click below to listen to Wine, Wine, Wine.
http://youtu.be/cukghYQSPpc 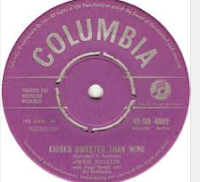 Then in 1956, Jimmie Rodgers released Kisses Sweeter Than Wine, which went to number 3 on the U.S. Billboard charts.  A cross between Country and Pop styles, the song was originally written and performed by The Weavers in 1951.

Click below to listen to Kisses Sweeter Than Wine.
http://youtu.be/iulmZAz8XfY 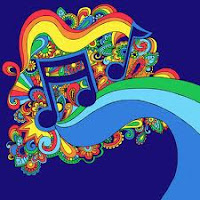 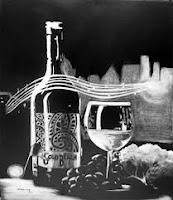 The music of the latter half of the century turned the world around.  Next week, we’ll take a look at the changes that occurred in the music world, from the turbulent 60's through the new century, and beyond.